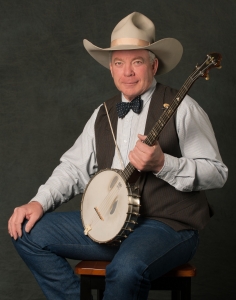 On most Saturday evenings and occasionally during the week, Pipp Gillette can be found at the Camp Street Café in Crockett, Texas performing and hosting other performers with a range of musical styles – blues, Western, bluegrass.  You can always count on an evening filled with the music – good old-fashioned story telling – and cowboy poetry.

I wanted to know more about Pipp Gillette and the history of Camp Street so Pipp agreed to sit down with me and “tell me his story”.

Pipp’s grand-parents Hoyt and Lucy Porter started a ranch and a mercantile business in Lovelady, Texas.  They had a daughter – Doris – that read all the fashion magazines – studied the dress patterns, and became quite the seamstress.  But it was the ad on the back of a Vogue magazine that grabbed her heart – Traphagen School of Design in New York City.  Doris had a talent for drawing and she decided she wanted to be a fashion designer.  So in 1941 this small town Texas girl moved to New York to attend this prestigious school.  (My kind of girl!!)

Ethel Traphagen  encouraged Doris to “get out” more so Doris took a job as a waitress in a vegetarian diner – Three Fold on West 56th.  The diner was one of the local eateries for the Chekov Acting Studio.  Yul Brenner was the busboy and when he decided to move on to bigger things, it was Pipp’s dad – Guy, an aspiring Broadway actor – that took his place as busboy.  Doris and Guy were married in 1942.

They continued to make trips back to Lovelady to the ranch – the Porter Place.  In fact, it was so important that in 1945 Doris made sure she was in Crockett to have her first son – Guy.  But they returned to their home in Yonkers because Mr. Gillette had developed quite the interest in photography and was doing work for all the best magazines – Fortune, Life, Look, and Harper’s Bazaar.  His most notable work was featured by Edward Steichen in the “Family of Man” exhibit at the New York Museum of Modern Art.  In 1950, Pipp was born in New York. 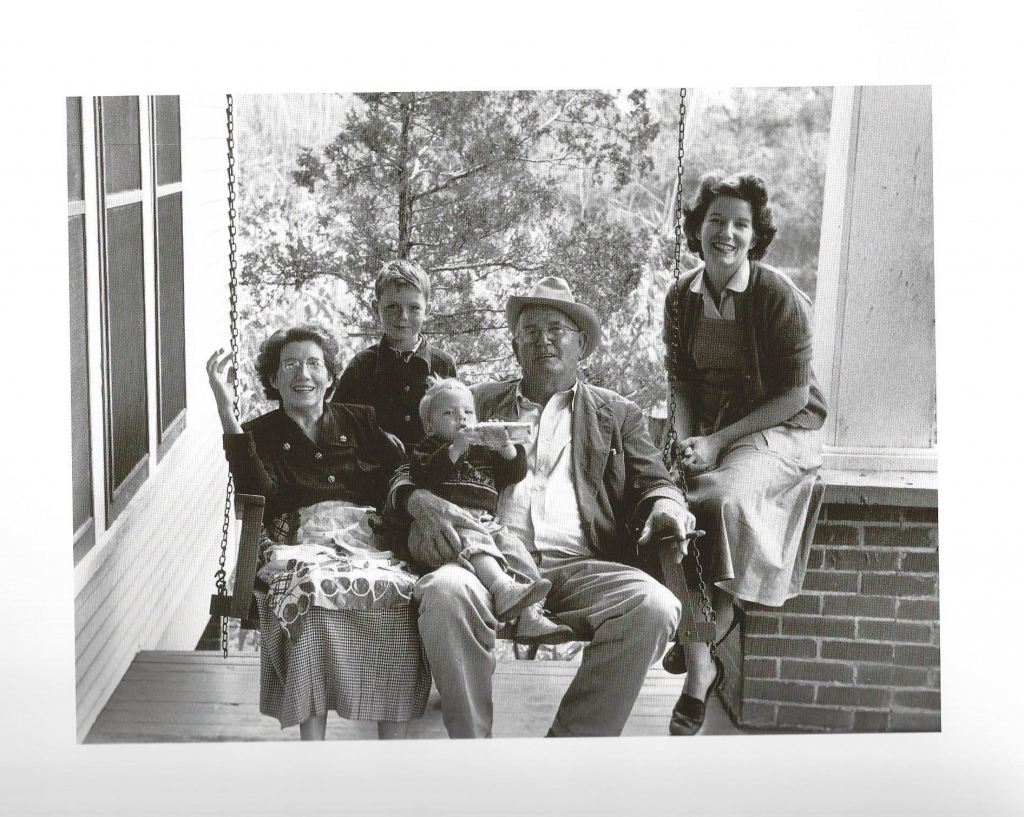 “A Family of the Land” by Andy Wilkenson – Volume 13 in the Charles M. Russel Center Series on Art and the American West – University of Oklahoma Press. 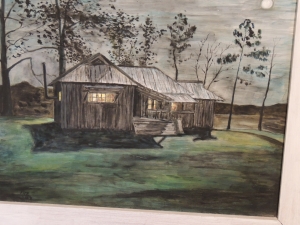 Guy and Pipp loved music – formed a band – performed at school dances, churches, bars and dance halls.  Guy and Pipp as a duo loved playing the college coffee houses.  They performed all over the Northeast and Midwest.  “Texas” had become a fad in New York but Pipp said: “It just did not seem right performing western in New York – why not perform “Texas” in Texas.”

Even though Guy and Pipp had continued to come back to Texas for summers and vacations, the Porter Place had been leased out.  But in 1983, a decisive moment occurred.  The Porter Place needed a lot of work and the individual who was going to lease it wanted a 10 year lease if he was going to put the place back in working order.  Pipp said – “it was the kick in the butt we needed.  We had always wanted to go back and now this was our opportunity.”

The original homestead had burned.  So Guy and Pipp moved into what was a house the ranch manager had lived in.  This is the home that Pipp lives in today with all the memories of riding horses with his grandfather – campfire coffee – and working cows with Blackmouth Curs.

Besides the ranch and mercantile in Lovelady, Pipp’s grandfather also owned land in Crockett on Camp Street where he had built a high-roofed tin building in 1931.  He leased it out.  The building had 3 separate businesses with 3 doors that you can see today – a pool hall, a taxi stand, and a barber shop.  The property was near Crockett’s depot and cotton gin – adjacent to the mule barn and wagon yard – so the teamsters often camped on the land with their wagons.  The area became known as Camp Street.  Legendary Texas bluesmen Sam “Lightnin’” Hopkins, Frankie Lee Sims and other musicians played there during the Forties. So music already resonated from the cornerstones of this old building.

In 1998, Guy and Pipp decided to open the Camp Street Café and Store.  Guy and Pipp had certainly engaged in a plethora of musical styles.  But Pipp said the times he loved most was when he and Guy played the Greenwich Village coffee houses.  That was their inspiration for Camp Street.  He liked the small intimate setting – the one on one experience between audience and performer.  Pipp wanted to re-create that moment – those evenings had been magical.  But, this was Crockett, Texas – what did people here want to hear? 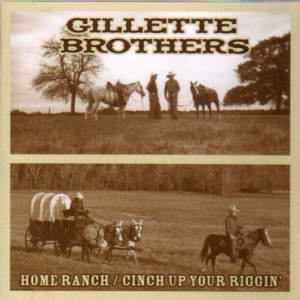 Guy and Pipp made a journey to Abilene to the Western Heritage Classics where they started to study performers – Riders in the Sky, Don Edwards, the kind of music from the days of Roy Rogers and Sons of the Pioneers. That was when it all started – that was the real moment.  Here they were re-establishing their family’s working ranch – all their history – the legacy.  It just all started to come together.  Guy and Pipp also had a Chuck Wagon and they started going to cook-offs where music just naturally happened in those settings.  In 1992, they produced their first cowboy album – “Home Ranch”.

Guy and Pipp have many albums now – a rich collection of authentic western cowboy music, story-telling and a little cowboy poetry.  Guy lost his fight to cancer September 2, 2013.  Pipp gave me this picture of Guy, Waddie Mitchell, and himself saying it was one of the last really good times for Guy.  They had just received the Wrangler Award for “Best Original Composition of 2012”for their song “Trade Off”.  Waddie Mitchell won for writing the song.  Guy and Pipp won for their performance. 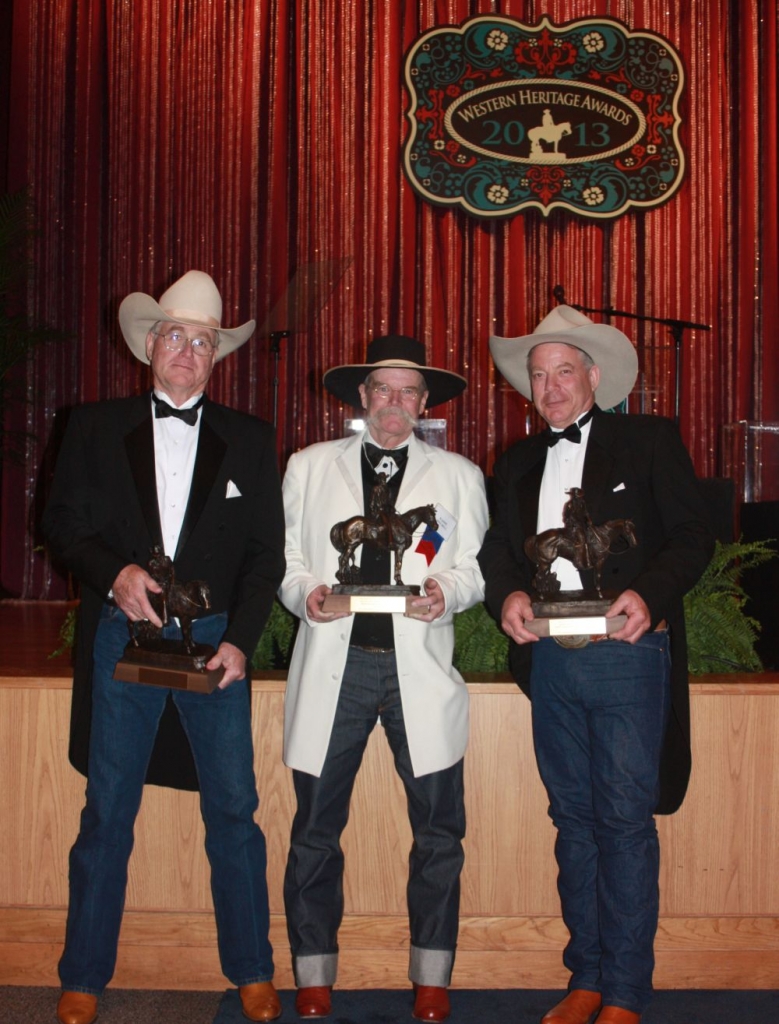 The revitalization of cowboy music and poetry in recent years has allowed the brothers to combine the history of the west and its music with their musical experience.  They recorded and released eight albums of traditional cowboy music interspersed with a few of their originals. Their awards are too many to name so I urge you to check out their website www.campstreetcafe.com/guy&pipp.htm. 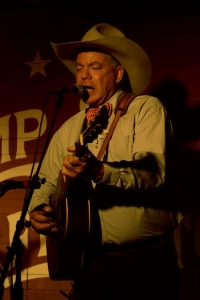 Today you can find Pipp on the stage at Camp Street playing his 5-string Gourd Banjo, guitar, 5-string banjo, banjo ukulele, harmonica, and the bones.  Yes – the bones – real cow bones.  If you have never heard this, it is a must to add to your listening enjoyment.

Camp Street is everything that Pipp wanted it to be.  Even though I have been to the performances of the Gillette Brothers, Michael Martin Murphy, Don Edwards, Juni Fisher, Waddie Mitchell and many others – you would think you are sitting one on one in a room listening to a performance that is meant just for you.  The room probably does not seat more than 100 – and usually the room is set with little tables – seating for four.  And if you are thirsty, you might want a root beer or cream soda.  The experience is amazing.  These artists want to play here and if you can get a reservation – you want to be there!!

I am a big fan of Pipp’s – for restoring the family ranch – for being the true Cowboy that he is – for sharing his incredible musical talents with all of us.  I am a big fan of Camp Street Café.  Pipp is keeping our western history alive.  Children under 12 are admitted free because he wants the next generation to hear the music and the stories.  Ahhh………..the stories – the stories of the cowboy – the old west – set to music – put into words that go straight to our souls – touching a moment of memory – inspiring us to be as courageous, fearless, and bold as our cowboy heroes.

Yes, Pipp has a story to share.  But as with all amazing people – he teaches us to follow our passion – and most important – our life does not have to be one dimensional.  We can be all God made us to be – one chapter after another – the end of something is the beginning of something else – our story unfolds every day.  I’ve tried to tell a little of Pipp Gillette’s story – but don’t take my word for it.  Come see for yourself – better yet – come HEAR for yourself at the Camp Street Café.