From The Ground Up – Preserving A Legacy

From The Ground Up by Kaliey Carey – Sposored by Producers COOP

Linda JordensGalayda and her family are trying to preserve her father’s legacy at the Seven Bar Seven Ranch near Elkhart. 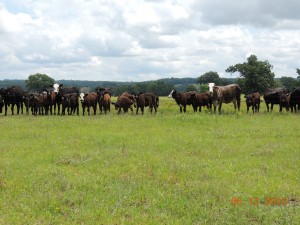 “Last week when we shipped the three truckloads, as I told you we’ve cut the herd back a little bit because of the drought, but when we shipped those two truckloads of steers they averaged 635, and our vet is a good friend and was a good friend of his at the time too, and he said you know back in the day, cattle have changed a lot, we’re getting more production, but as I recall the steers when they went out were between 450 and 500, so now we’ve increased those steer pounds to 635. I think he would be really impressed with that.”

She missed her Dad’s council during last year’s drought.

“I wish he were here, especially through these really rough times, to say, to tell me, how he would have done it. Would he have done it differently?

When Linda’s father got sick, they talked about the Seven- Bar- Seven’s future. 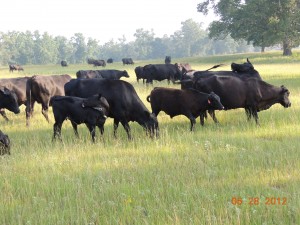 “He said, if you think this is not really what you want, which he knew, it really was everything that I wanted, he said then I could sell the place, and I said that is not gonna happen, not on my watch, that’s not gonna happen, and he got this little smile on his face, and he said that makes me happy, because, he said, it has been my life’s work. I want to be able to pass that to my two sons.”

I’m Kailey Carey, looking at Brazos Valley agriculture, From The Ground Up.