All In A Morning

I get up every morning at 5:00 a.m. That gives me some quiet time to read my Bible and say my prayers for God’s guidance, direction, and protection daily at the ranch. It is the only quiet time – the only chance to grab that cup of coffee – because when the sun rises so do all the animals. That’s not to say that there have not been animals prowling around at night – wild hogs, coyotes, an occasional bobcat. But the morning – it’s the coolest part of the day – and if we need to rotate cows from one pasture to another – we had better make the move early. Well, this morning one of the bulls was “laid up” – basically resting when all the cows were up grazing. Not normal. So we took a sack of feed and pulled all the cows into the pen – sorted off the bull – took him to the vet. Going to the vet is like going to the doctor – you and I hate it – he hated it!!!! This bull is only 18 months old – probably weighs about 1400 lbs – just a baby. At the vets the bull was put in a large hydraulic chute that rotates so the vet could turn him on his side and look at his feet and legs. Swelling was found in his joints – not good for a young bull. He will have to be replaced. Anyway – here are some pictures of his brother. He has been quite the ladies man – courting all in his brothers absence. Now that’s what we need and that ain’t No Bull!!! 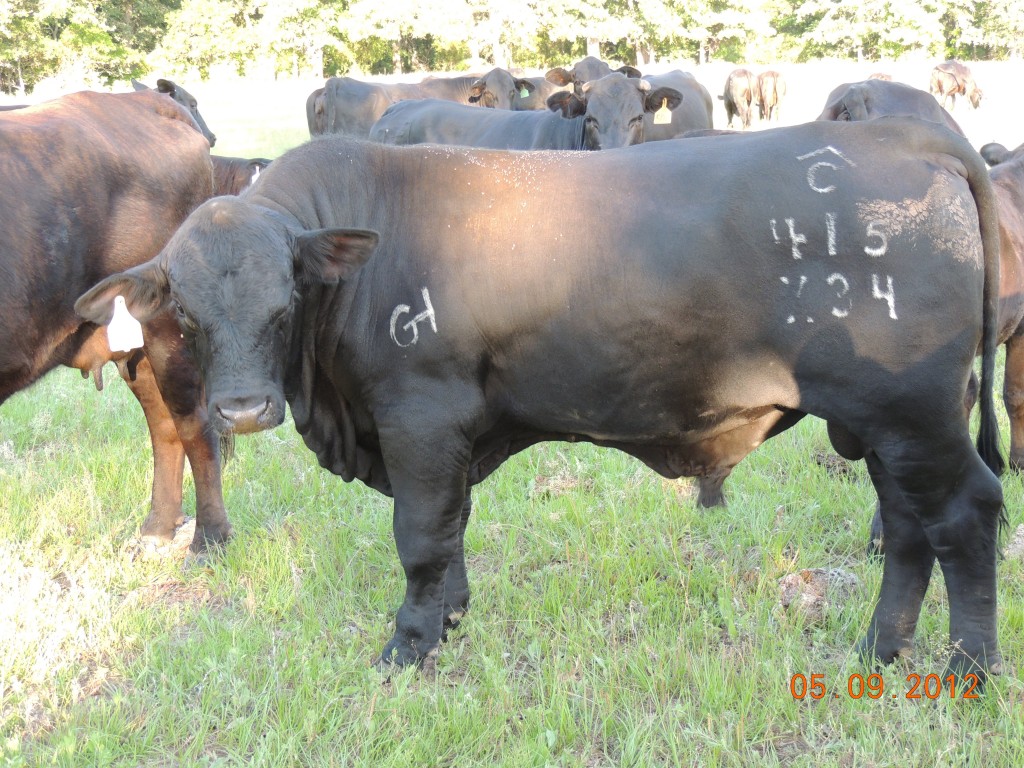