Ever wonder where the term “bullying” comes from… 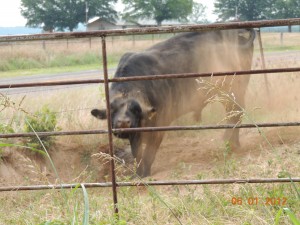 Bulls are very territorial.  So they want every other bull within listening distance to hear and see that they are in charge of their herd.  And so the taunting begins.  One bull goes to a corner in his pasture and “calls up” his opponent in the nearest pasture.  He bellows, bawls, and creates a cloud of dust.  He wants the other bull to know how tough he is.  Then the other bull does not want to be disgraced in front of his “ladies” so he reacts with the same ear piercing bellowing and throws more dirt in the air.  They dig holes –throw dirt – and talk trash to each other expressing their dominance.  If the name calling does not grow too intense, they can walk away back to their herds – dignity still intact.  If the stakes are raised – fences are torn down – cows are out – and the opponents go head to head.  It matters not the hour or the place!!  They will fight until one establishes his dominance.   When one finally acquiesces – the fight is over.  If they are in separate pastures – each one just goes back to work.  If they are working together in the same pasture, the one with the bruised ego will choose to go on working knowing that the other bull is in charge or he goes to a spot in the pasture as far away as he can get and gives up his breeding rights.  If his choice is the latter, we have to move him to a smaller pasture where he is the only bull (ratio is one bull per 25 cows) – totally adored till his ego mends. 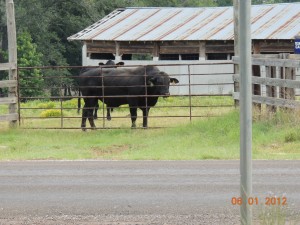 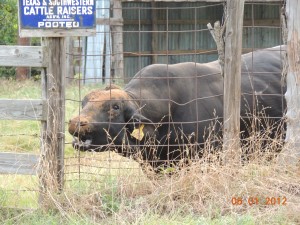