Randy Travis wrote a song with a phrase in it – “As long as old men sit and talk about the weather, as long as old women sit and talk about old men…..”  Well, I can tell you now – if you are a farmer or a rancher – both men and women are talking about the weather.  We have gone from drought conditions to record rainfall. We received over 10 inches of rain in the last several weeks.  My pastures were under water and if there was any land that was not under water – it had become lakefront property. 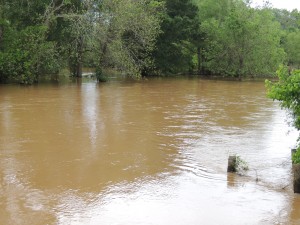 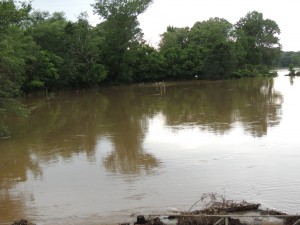 The pastures around Squirrel Creek had water over the top of the fences and almost over the gates. 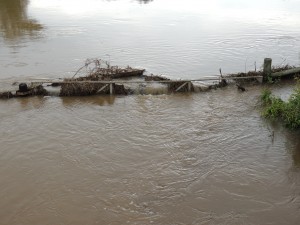 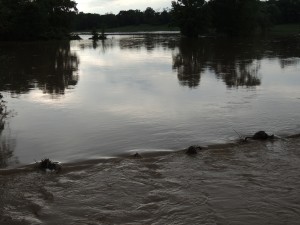 The rain came so hard and so fast – I worried about the cows getting out of the creek bottoms to high ground.  But they all made it.  I have put an older cow in with my weaned calves.  She simply lead them out of the low areas right to the barn.  I found all of them in the barn – safe and dry.

Lefty thought the rushing water coming off the lake spillway was a little too close to his home.  And since Lefty is a little brat, he was mad because he had to be confined to his stall for his safety.  Kids – they just don’t understand!! 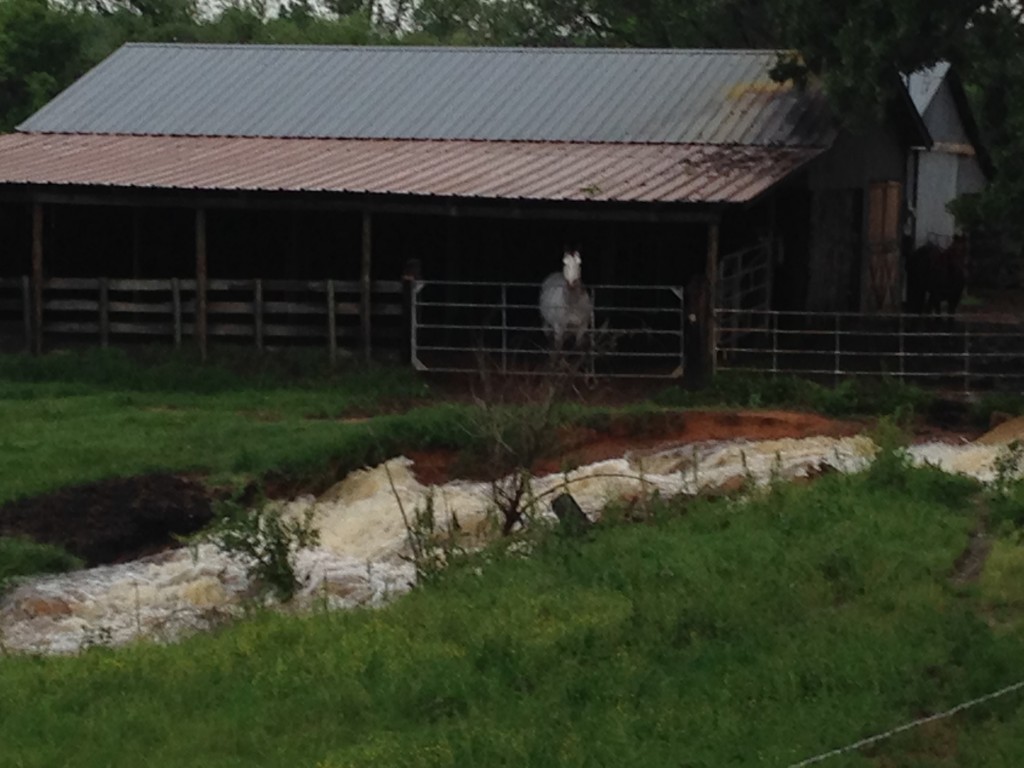 But some of the other ranch residents lost their home.  I found these guys in the middle of the road coming out of the pastures that were under water. 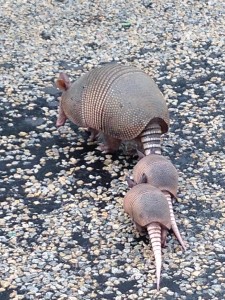 Then there was this guy who could not stop singing about the entire event. 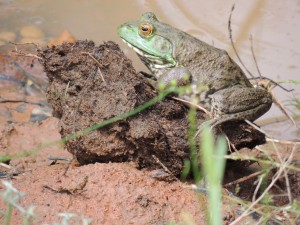 But after our years of drought, you will have no complaints from us. There are life lessons in the seasons – the weather.  Ranching takes you through the extreme heat to freezing cold – sunshine to rain – storms to clear blue skies and gentle breezes.  No two days are the same – no week – no month – no year.  Sounds like life to me!!  So I am going to take every day as a gift – thank God for my blessings and my lessons.  I know HE is not going to give me anything today that HE won’t give me the strength to handle. 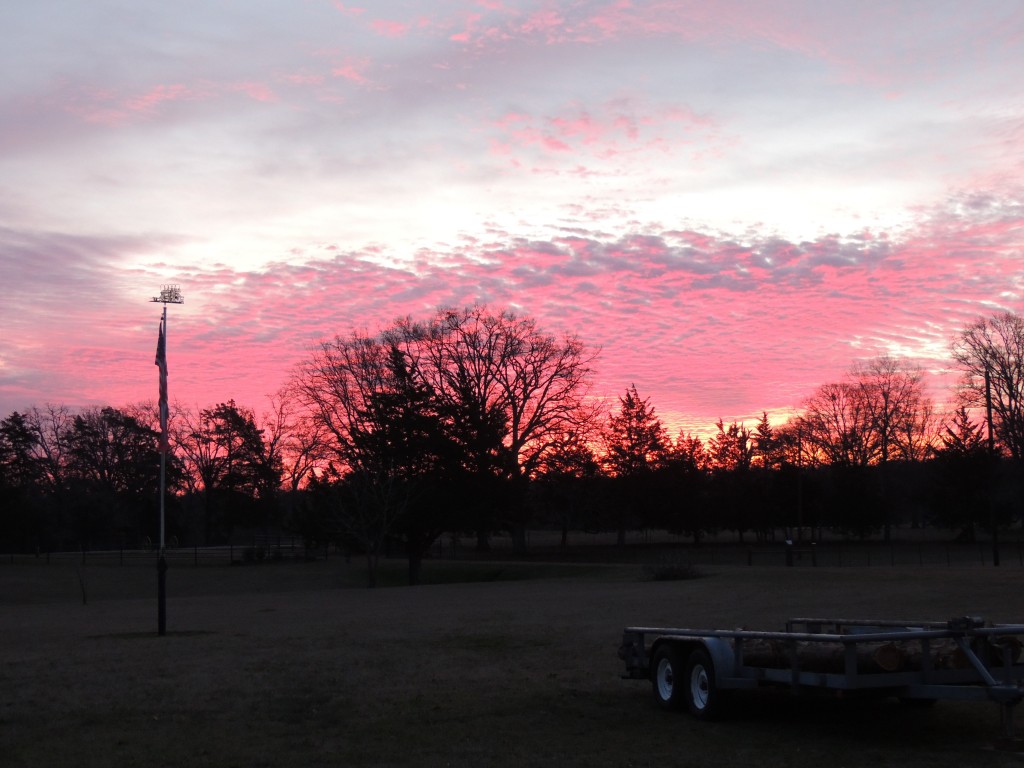