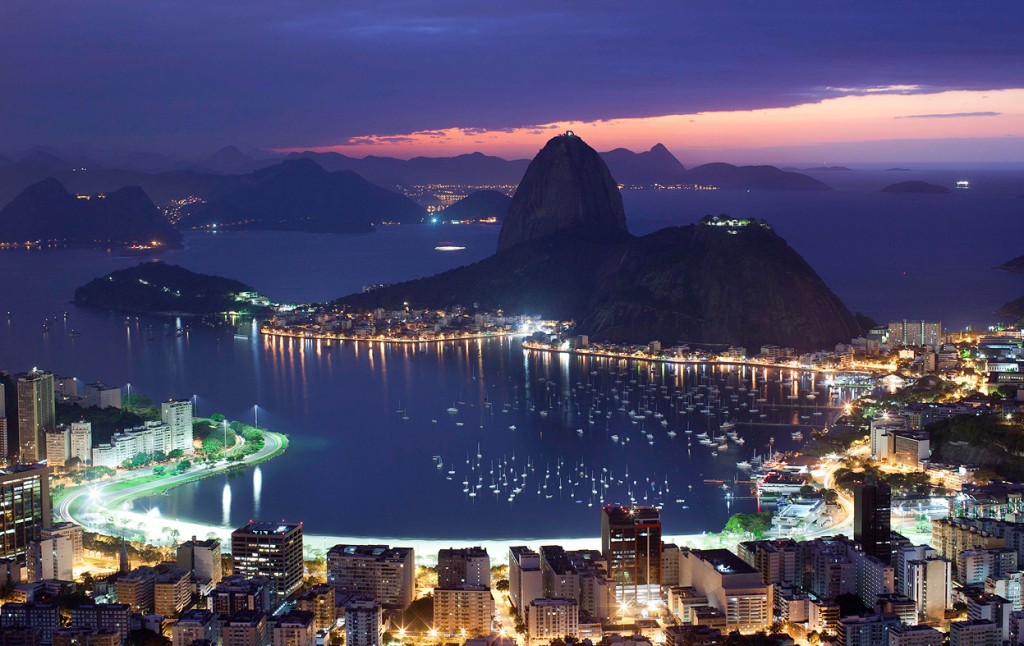 Even though we were weary from an all-night flight, the drive in from the airport energized us as we started to get our first view of Rio de Janeiro.  There was incredible beauty with mountains, bays, flowers and palms.  But we also had our first glimpse of the favela – a term for a slum in Brazil most often within urban areas.  The first favelas appeared in the late 19th century and were built by soldiers who had nowhere to live.  The favela has survived and now houses the poorest of poor in unstable housing with no sanitation.  And yet – Rio is a city bursting with excitement and construction in preparation for the Olympics and the World Cup.

Our first stop was the Investment Promotion Agency.  The agency is responsible for identifying new investment opportunities – running marketing campaigns to promote the industry – making all the appropriate connections in the implemental and developmental stages of the business.  Brazil is a very commodity based country. Rio is an exception.  It does not have much agriculture so it is dependent on current businesses and attracting new businesses to the area.

Rio Negocios – created in 2010 when they won the bid for the Olympics – first city based agency – based on London & Partners.  There are four pillars of business planning.  (1)  Intelligence which involves analysis and sector information.  This basic information is gathered to help make decisions.  Planning requires identifying the where and how much it will cost.  Then the who is identified so they can target the consumer and the necessary suppliers.  This information is then customized for the major corporations.  2) Business promotion is the next necessary step.  This is creating and executing the actual marketing campaigns.  3) Product development is the development of clusters and new opportunities.  Specific vocations that have potential must be identified.  Then the work begins to attract the investment – reduce tax, etc.  4) Facilitation is the final step in accelerating the projects.  The agency can and does navigate the government agencies and offers assistance where needed – i.e. getting permits.

Funding is received from the city government and a few private partners –such as American Airlines and IBM.  There is even the PPP – Public Private Partnership that just recently joined together to demolish old buildings and reclaim the beauty of the waterfront. The agency does not charge for their services – they just facilitate.  They are the business side of City Hall – they have a duty to alert officials when things are going wrong but it is not their “job”.  They don’t make policy.

The agency has attracted 43 projects to Rio – 12,000 jobs have been created with 11 million dollars added in payroll.

Tami had given us much information about her agency.  Now she wanted to talk about Rio specifically – how it had become second to Sao Paulo – how that had hurt the people of Rio – how their pride had been wounded.  She wanted us to know that all that is about to change!!  Rio has a population of 6.5 million – 2 ports and 3 airports which makes it a very important hub.  56% of Brazilian GDP is within a 500 km radius.  And most importantly to Rio’s future is that all the pre-salt reserves are within the 500 km radius.  Oil was discovered under the salt – now attracting companies to extract this oil. Oil companies are placing their R&D centers in Rio developing more technology in Brazil – GE, Siemens, Schlumberger, and Halliburton. 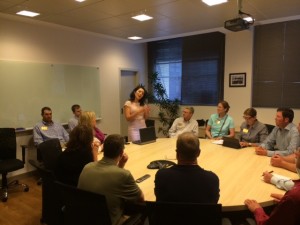 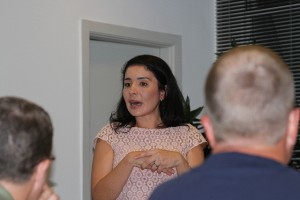 Regional factors fueling the economic growth – oil and gas, public safety, alignment & new political generation, sectors headquarters of investments captors, international events, and talent pool.  As Sao Paulo grew – people felt defeated – jobs moved out.  Public safety was a problem – big drug problems – low income areas were never visited by police. Then a project was started to take drugs out of the favela – then install a police unit right into the favela to take care of the community – lowered the crime rates.  When people feel safe, businesses flourish.  Local, State, Federal were all working independently – now they are working together.

Hosting major events now – World Cup and Olympics.  Because of the upcoming events Rio is now receiving record amounts of funding for infrastructure – water front area, transportation, and sanitation. This global visibility is creating industrial expansion by adding services and adding value to real estate creating 16,000 housing units in new hotels.   Of course, there are still many challenges: professional training – operating costs – bureaucracy – construction of the city’s image – commercial exploitation of the moment – shortage of space.

But the campaigns continue to instill cultural pride. “Rio – I love you – I take care of you”.  The people of Rio enjoy their lifestyle and feel they are a place to attract and retain talent to grow future businesses.  And why not?  It is a beautiful city with beaches, forests, mountains – a friendly people with a desire to be recognized once more as a prosperous city with so much to offer its own people and the people of the world.