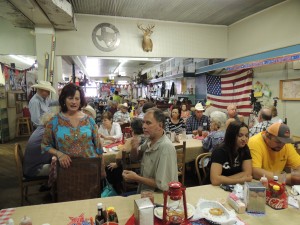 This past Saturday, there was a party in Crockett, Texas to celebrate Ron Conatser’s induction into the Texas Rodeo Cowboy Hall of Fame. Over 100 friends showed up not only to celebrate his accomplishments but to celebrate his life. The Moosehead Café was filled to capacity – with love, respect, and admiration for a man that had been an inspiration to so many.

Ron Conatser was born in Levelland, Texas. His family moved to Colorado where he lived near the Dolores River – Cortez Summit Ridge. When he was just a boy, he would hear the bawling cattle as the cowboys drove the cattle up to the summer range and brought them down again before winter. He knew then that he wanted to be a cowboy. When he moved back to Texas, he took a job on the Matador Ranch where he met his wife Jo. He worked all the great ranches – the Matador, the 6666, and the Waggoner. Ron said that after he and Jo had four children, he started rodeoing in addition to his ranch work just to make ends meet. Ron’s exuberance for life – his passion for family, friends, ranching, rodeos – would lead him to be a distinguished cowboy with many buckles, plaques, trophies, medals of honor. But let me let the Texas Rodeo Cowboy Hall of Fame tell you of all his accomplishments.

“Ron has competed saddle bronc riding, steer wrestling, calf roping and bull riding in PRCA rodeos since 1965. He was a PRCA judge for rodeos in Denver, Fort Worth, Houston and San Antonio, as well as pick-up man for the Winston Rodeo Scoreboards (1977-1988). Ron worked the National Rodeo Finals for many years as a saddle horseman for timed events and gateman on the chutes. Over the years, he has judged, been pick-up man, and competed in running stock contractor outfits for more than twenty-five different stock contractors. Ron literally raised his family on the rodeo circuits. He lives in Trinity, Texas, where he still works the PRCA rodeo and has for the past twenty-one years.”

To be an inductee into the Texas Rodeo Cowboy Hall of Fame is no small accomplishment. But the greatest award – treasure – is Ron himself – the role model he is to so many – the hand he extends to all – the time he sacrifices to listen to others – the heart he shares in love. 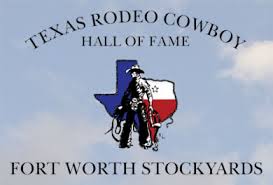 The Texas Rodeo Cowboy Hall of Fame honors the men and women, committees and associations, and the livestock that champions the western lifestyle and supports the sport of Rodeo. This honor represents the brilliant effort and dedication of cowboys, cowgirls, volunteers and personnel that make Rodeo and the State of Texas so proud. It is a dedication and talents of the contestants and the support of communities across the Lone Star state, to come together and enjoy competitive rodeo action at an elite level. Texas is acknowledged as the birthplace of that breed of free-living individualists known as the AMERICAN COWBOY. And when cowboys began having RODEOS as contests of skill to determine the top hands, Texas led the way. The Texas Rodeo Cowboy Hall of Fame is dedicated to preserving the history and heritage of the Texas rodeo cowboy and cowgirl. The TRCHF holds an induction ceremony each year to recognize the contributions of world champions, as well as those lesser known heroes and heroines. In addition, this weekend provides the chance to reunite generations of rodeo stories in one location. And the TRCHF is home to these brilliant rodeo stories and the people and places who lived them. 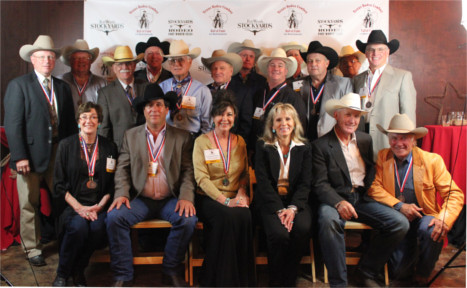 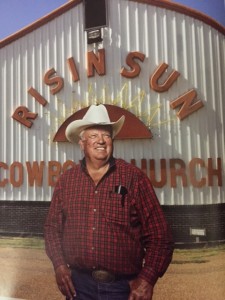 Now Ron Conatser has taken his place with all the rodeo greats and he is a most deserving recipient of this honor.  But he will be quick to tell you that his greatest moment was accepting Jesus Christ as his savior and being able to share God’s word with every cowboy and cowgirl he meets.  He now pastors the Risin’ Sun Cowboy Church in Trinity, Texas.  Ron was featured in Roy Spence’s book “The Amazing Faith of Texas”.  Ron’s words – “You can’t preach the Word and not live it. Too much of religion is takin’ and not enough about givin’”.  Ron is all about the giving – a true servant’s heart. 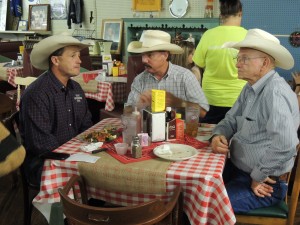 Well, this man has lived his life by the Word – inspired others and changed lives.  I sat for a few minutes with Chet Strain (PRCA Bull rider), Danny Havard, and Butch Arnold.  They told me they had all gone to church with Ron.  Ron had been a mentor and had so impacted their lives – their lives were forever changed.  Ron not only shares the gospel and words of wisdom – he shares his knowledge – skills necessary in the work of a cowboy – like showing one young man how to trim a horse’s hooves lead him to becoming a farrier.  I was told that Ron never backed away from hard work and had taught many a young “hand” a work ethic and how to be cowboy tough.  They spoke of honesty, integrity, respect – the highest compliments from cowboys.   Mr. Arnold said “Ron was all wool and a yard wide”.  I had never heard that before but all the men at the table said it was the highest compliment a man could be paid. 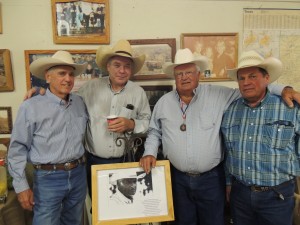 Pipp Gillett – a famous cowboy poet, song writer, and musician – said Ron was one of his dearest friends – that he was always there for you – and that it was his honor to know Ron.  The National Cowboy and Western Heritage Museum in Oklahoma City has a chuck wagon cook off each year.  Ron and Pipp used to set up their wagon – cook – then serve others.  Pipp said Ron was the epitome of a good cowboy – always ready for anything. 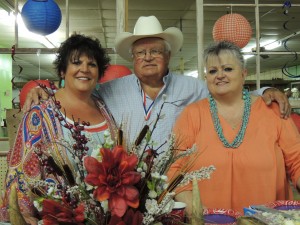 The party was hosted by Ron’s daughters – Tammy Anderson and Tawana Henley – Ron’s wife Jo – and the owner of the Moosehead Café – Joani Clounts.  Tammy spoke of her Dad with much emotion.  She knew him as a Dad who loved and worked hard to care and provide for his family.  She felt honored and blessed to have had such a Dad who had inspired her to be the person she had become.

Ron Conatser – a man of God – a man loved, admired, respected, cherished by family, friends, and true cowboys everywhere.  His life has been a true inspiration for so many.  His story is worth telling.  And I must tell you – his friends are right – it was an honor to be there and to meet this legend.  Risin’ Sun? –  I believe Ron is a Texas born Risin’ Son!! 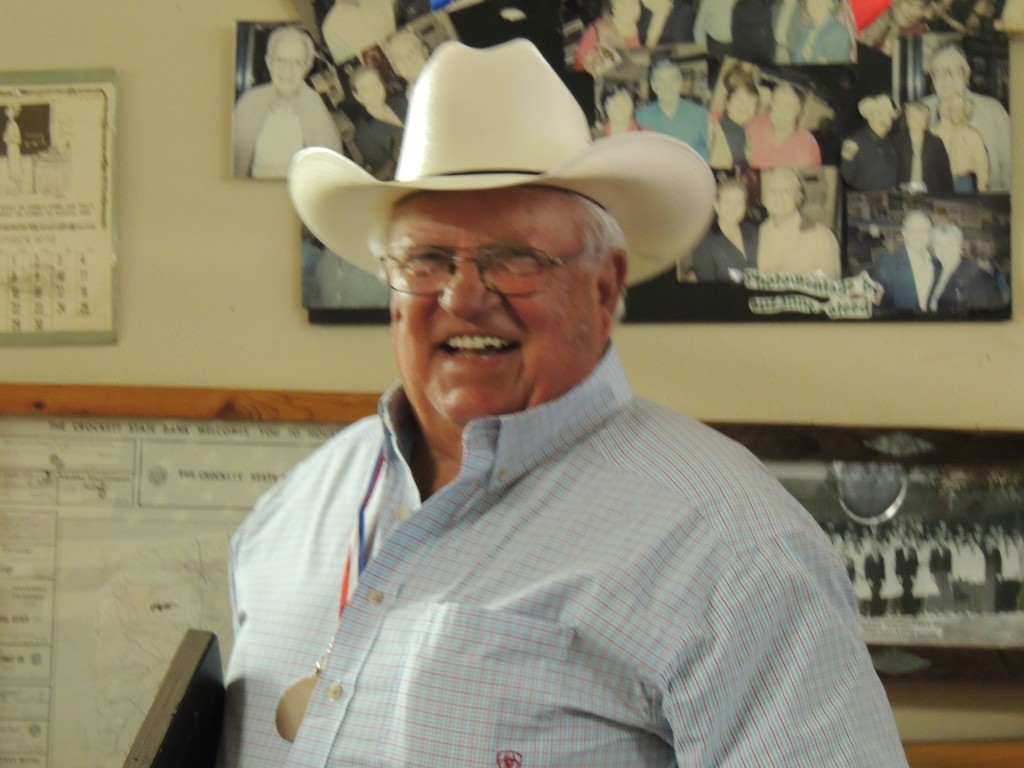