What a difference a year makes…or does it? 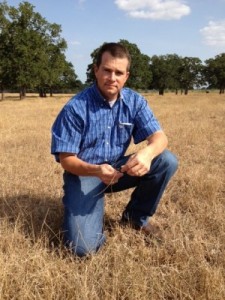 What a difference a year makes or does it?  Texas agriculture faced one the worst droughts in 2010 and 2011 that greatly reduced the state’s beef cow herd.  Ranchers across Texas had to make some really tough decisions.  Do I try to hold on to my cows and endure the drought or do I sell out and rebuild when it finally rains?  Most decided to reduce their herd size, hold onto the remaining cows and feed them expensive hay.  Those that held on reaped the rewards of one of the best winters that we have seen in years.  The combination of rain that began the week of Thanksgiving and a mild winter set the stage for the growth of winter forages that was phenomenal.  Oats, wheat, rye, clover and ryegrass developed early and continued to produce well into spring.  Cattle once again had green grass and it was a sign that the drought was over.

Hopefully the drought is over and 2012 will continue to be a productive year for Texas agriculture.  As each day passes we are one day farther away from the last drought and one day closer to the next drought.  Believe it or not I am a very optimistic person.   However, I am also a planner and I think as ranchers we have to be prepared for what Mother Nature may throw at us next.  The month of April was fairly dry which helped us harvest the abundance of winter forages that we had in our pastures.  We received a little rain last week, which helped the warm season forages continue their recovery from last year’s drought.  Hopefully, we will have above average rain this summer to continue with the recovery.

As I watch the weather this morning, the 7-day outlook is dry, windy and in the 90s.  Successful ranchers reflect on the past to become better prepared for the next curveball that is thrown their way.  As we begin to think about rebuilding the cow herd, remember that pasture recovery will not happen over night and that we are one day closer to the next drought.